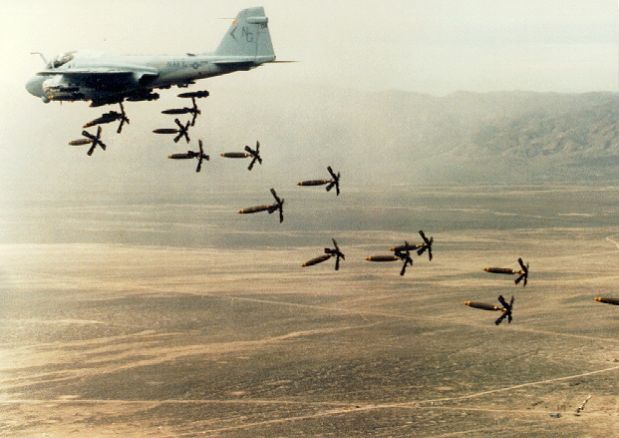 Iron Bombs are your generic 'a bit of explosive with a metal shell' kind of weapons. They are free fall bombs with no ability to self correct their course while falling

-The MK-80 series of bombs is the most prolific NATO iron bomb series with several different weight classes of bombs, in addition to this they are the base for a bunch of different precision guided weapons.

A small 250lb bombs that was originally used in Vietnam but fell out of favor due to its very small warhead. Comes in several different varieties

Some of the most devastating weapons on the battlefield these weapons operate on the principle of spreading their explosive payload over a much larger area via the use of 'submunitions'.

The CBU-87 is a CEM (combined effects munition) that

One of the best weapons in DCS the CBU-97 is a "sensor fused weapon. Unlike previous cluster munitions each submunition, the (), is a guided weapon. When the canister deploys it deploys a () small carriers that each contain () submunitions (pic here) When activated the main housing will spin up and launch each of the pucks. Each puc spins up and starts scanning the area below it with a small ranging laser, building a 3D image of the ground below it. Once it detects a target that matches a target profile from its databank it detonates launching a slug of copper at the target akin to a shaped charge warhead. Due to the top attack nature of this weapon it is particularly devastating against heavy armor that has not been hardened against such attacks (see T90MS and Merkava MK5).

This weapon due to the total of () guided mentions in each canister a single aircraft loaded with a few of these bombs can devastate an entire armored column.

-This class of weapons has done more to change how we fight wars up with rapid fire weapons, tanks, and aircraft. This class of weapons made the dream of a strategic bombing campaign brinng a coutry to its knees a reality. And its all due to the absurd level of accuracy these weapons posses. 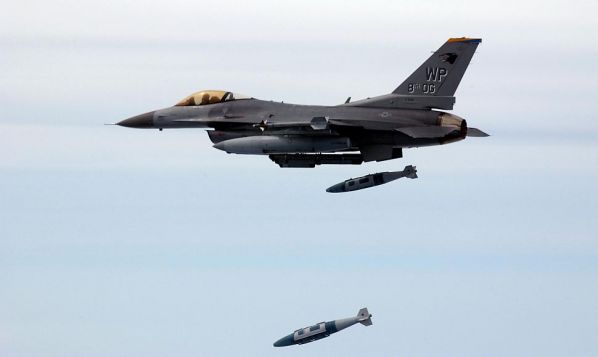 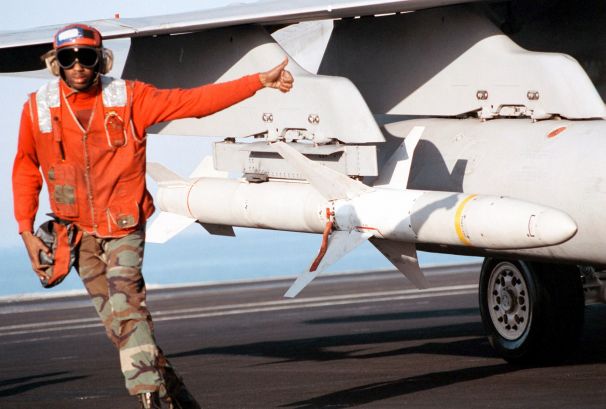 The AGM-88 is a staple SEAD weapon for western fighters. The HARM (High Speed Anti-Radiation missile) was developed in the () as ().