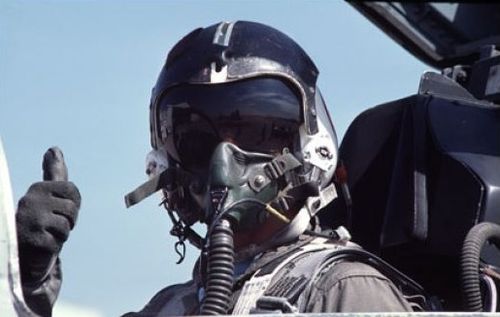 Pilots should speak up when engaged either defensively (most important) or offensively, this is so the rest of the flight can adjust accordingly to help you out! When in a high-stress environment it becomes more critical that you allow other pilots to communicate their messages; don't be yapping about your speed and thus step on your flight who are trying to tell you they are in danger!

Pilots should try to get their point across with all the necessary information, avoiding unnecessary fluff. Avoid raising your voice as this tends to escalate the volume of communication and demoralise pilots under stress.

No-one will mind if you don't know all the brevity words used for every situation. Remain calm, speak clearly and don't clog up the comms!

There are two (main) kinds of messages: Advisories and directives.
An advisory is a message where you state what you are doing or intending to do. It is particularly important to remember if you're a flight lead or element lead to let other flights know when you're being engaged, or if you're engaging someone, or if you're running away from something. Advisories do not need to be acknowledged, although they can be.

A directive is an order to perform some action. They’re usually given by element-, flight-, or package leaders to their subordinates. However others can also give directives depending on the circumstances. E.g. you are supporting your element leader in a dogfight and you see a bandit about to fire on him, you would then direct your leader to "BREAK" in concert with you trying to gain a position to attack the bandit.

Within the flight (VHF) when a flight lead gives a directive the entire flight must respond in correct form; this is done by giving your flight number and pilots most respond in ascending order (e.g. Cowboy 1-1: "Flight go trail" Cowboy 1-2: "TWO" Cowboy 1-3: "THREE" Cowboy 1-4: "FOUR"). This makes it clear for the flight lead to understand who has heard them and has intent to carry out the order. If someone is silent, it's OK to skip them and allow them to respond later, however the flight lead(s) will be the one to investigate any silence in comms.

When you are unable to carry out the order you should say "unable" and elaborate should the situation require it. In some situations you may find you are engaged offensive or defensive and can add this, i.e. "Viper 1-4 unable, engaged defensive". The amount of information you give should be reasonable; let the flight know if you're in a dogfight or defending missiles if they don't already.

Between flights (UHF), the flight lead will need to use the flight callsign as an identifier as multiple flights have access to this method of communication (e.g. "Falcon 1, Panther 2 we have entered the AO, looking for targets" "Panther 2, Falcon 1, roger that").

Whenever you start a message not directed toward others you start with your callsign. On package comms where everyone will hear you, you use your full callsign.

The flight does not need to respond to any informative calls (e.g. "Falcon 1 traffic 9 o'clock level) which differ from directive calls in that the flight is not being requested to take action but merely being given supplemental information to improve flight efficiency and cohesiveness.

DO speak up if you're in immediate danger!

DO give an "Engaged offensive" call followed by the BRAA or bullseye of the target when in a dogfight.

DO remain calm and speak clearly.

DON'T use "ground combat terms" for Flight Comms (e.g. "Lobo this is Panther, message", "Panther this is Lobo, go ahead, over." "Lobo, be advised you have bandits over the target area time now.", "Panther, we copy all, out.")

DON'T give informatives out during high-workload periods of flight (e.g. talk about your fuel consumption during a furball)

DON'T comply with a directive that is sure to kill you; you are the best judge of this.

DON'T clog up the communications with pointless information. (e.g. let other flights know about bandits 200 miles away over UHF OR repeatedly ask AWACS for picture)

DON'T use "break" to signal a pause. Break is a brevity word to perform a rapid turn.

Being a good Flight Lead

A good flight lead completes their mission and brings everyone home; to accomplish this it is their responsibility to utilize both elements and all pilots without micromanaging them heavily.

Flight Leads should endeavor to ensure understanding in the pilots in the briefing: pilots must understand the intent of the package and be aware of the threats they must deal with.

Flight Leads are the primary communicator for the flight with other flights in the package, it is their responsibility to update the package with the flight's status as appropriate. The Flight Lead should make sure other flights are aware of their presence (whether on ingress or egress from the target) to avoid collisions and blue-on-blue incidents, however, all pilots are expected to respond to RAYGUN calls over UHF and maintain general Situational Awareness of the rest of the package.

It is important in inter-flight communications that you identify your own flight second, as well as your flight number where appropriate. Communication to other flights does not need to be requested; Flight Leads just give their information accurately and clearly directly over UHF e.g.

In this example we see that Lobo 2 is informing Panther 1 that they are committing to bandits over (a presumed shared) steerpoint 5, these bandits are at 20,000ft and are "nose hot" or turned towards Lobo 2. However, when asking for information it may be courteous to simply ask for a response e.g.

Indicating that Lobo 2 is requesting Panther 1 to respond, which they would do by saying the reverse:

Some people may add "go" or "send it" or another addition in order to increase the clarity of the response by ensuring the other flight understands they are listening.

As a Flight Lead you need to ensure you control the flight's formation; ensure you don't fly too fast and create fuel problems for everyone trying to catch up! A Flight Lead should know the best formations for the situations that may arise spontaneously but generally formations are discussed during the briefing. The Flight Lead will make a directive to change formation when appropriate e.g.

If no formation call is briefed or directed, assume a Finger 4 formation is in affect.

For a "complete" list of brevity terms, see OPERATIONAL BREVITY WORDS, DEFINITIONS, AND COUNTERAIR (AFTTP 3-1.1).pdf in the /docs/Operational Manuals/ folder of your Falcon install.

When communicating, especially in a combat situation, remember the ABCs of radio protocol:

Make sure what you are saying is accurate and think about what you need to say before you broadcast.

Be brief and use brevity terms as much as possible. In a hectic situation there’s a lot of information that needs to be transmitted and processed, and only one person can talk on the radio at a time.

Speak clearly and slowly enough that other people can understand you. The last part is particularly important if you’re not a native english speaker or speaking to a non-native speaker.