The JF-17 can carry an assortment of NATO dumb bombs on either single or dual racks.

In CCIP the computer calculates the impact point of a bomb based on the current flight conditions. 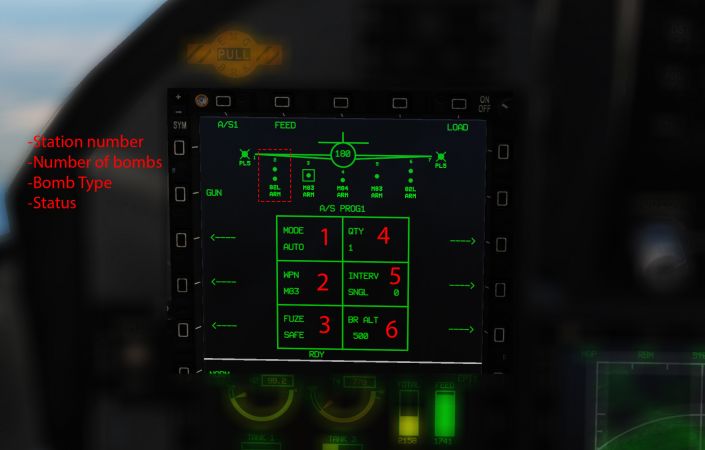 NOTE IF MORE THAN ONE BOMB IS SELECTED IN ORDER FOR ALL TO BE DROPPED IN ONE PASS YOU MUST PRESS AND HOLD THE TRIGGER UNTIL ALL THE BOMBS ARE OFF.

With the Release mode set to AUTO the computer will calculate both the heading and time one would need to release their bombs to hit. Often used for level releases or in shallow dives. 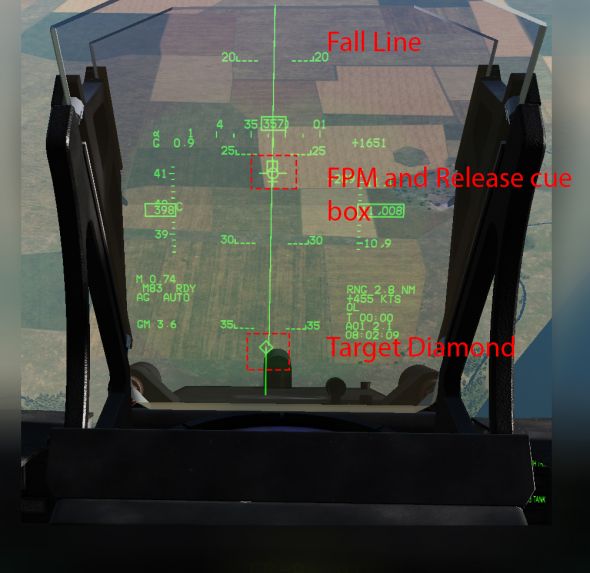