The Mirage-2000C is a light delta wing interceptor built in France. It has a very limited A/A loadout with only 2x R550 Magic II short range IR missiles and 2x Super 530D medium range SARH missiles. The Mirage in terms of systems is very simple and is in general an easy aircraft to learn and operate. This makes it a great first fighter. Even though completely outmatched against western contemporaries such as the F15C and F14A/B in BVR combat this jet at the short to medium ranges can be lethal. In particular against older Russian aircraft such as the MIG-23 this aircraft can be downright lethal.

The super 530D is a medium range high speed SARH missile. Capable of M5.0, the D model is a significant improvement over previous models with higher speed and better range. The biggest limitation of the missile is both its lifetime and CCM. Both are quite low with 45 seconds for the the former and worse CCM than the AIM-7M for the latter. 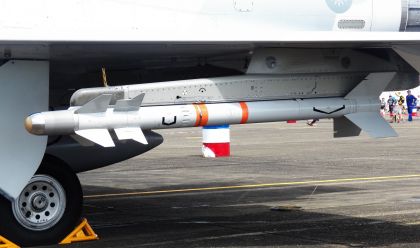 The R550 Magic II is the second in the series magic missiles, this missile is a short ranged IR missile roughly on par with a 9L or R-60M. In game it has the same CCM resistance as a 9M but with limited range, less maneuverability, weaker seeker, and a far smokier motor. 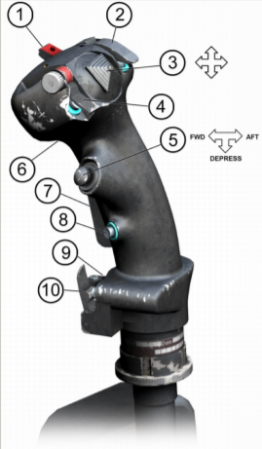 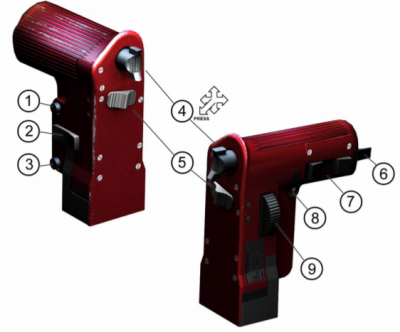 The radar is the heart of the offensive systems in the mirage. The radar scope is the screen situated just below the hud and is dedicated to the radar. The radar has several useful features that make it quite good at helping the pilot better understand the air picture without the assistance of a datalink which the mirage lacks. However the small size of the radar limits its long range detection capabilities especially when compared to other fighters in DCS. The one thing it does have is an exceptionally high scan rate allowing the radar to very quickly scan the entire scan volume for even its largest settings while most other radars aren't even half way through scanning the same area. 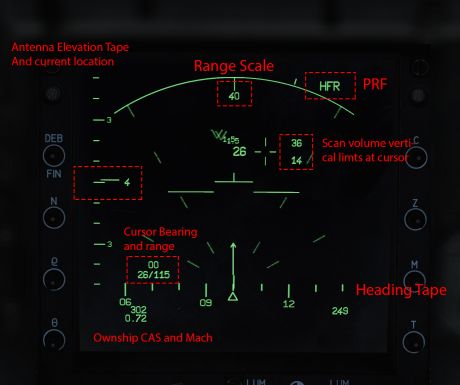 The PPI scope is a more accurate representation of what your radar is seeing. It displays the radar in a cone like shape instead of a box like in B-Scope. This allows one to far more accurately gauge the actual target heading relative to your aircraft in a more accurate top-down view. 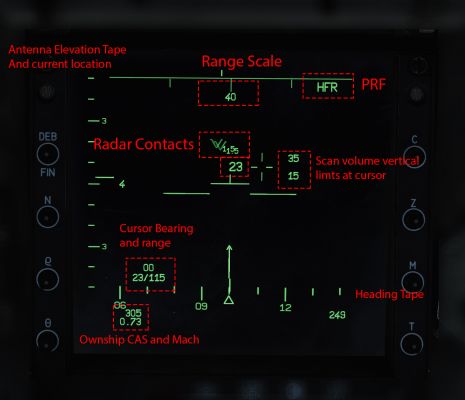 The B-scope is your classic western radar scope. With the bottom of the radar representing your aircraft.

Note pressing the () button once will put the radar into TWS, in order to go into STT you must press () a second time while hovering over the target.

The IFF on the Mirage works by scanning the entire radar volume once the command has been received and then overlaying positive or negative IFF results over tracked targets.

Additionally the radar will give you an indication if the target is near the extreme edges of your scan pattern. This is very useful especially if a target is not currently near your radar cursor you can quickly see if you need to depress or elevate the radar to keep the contact on the screen. 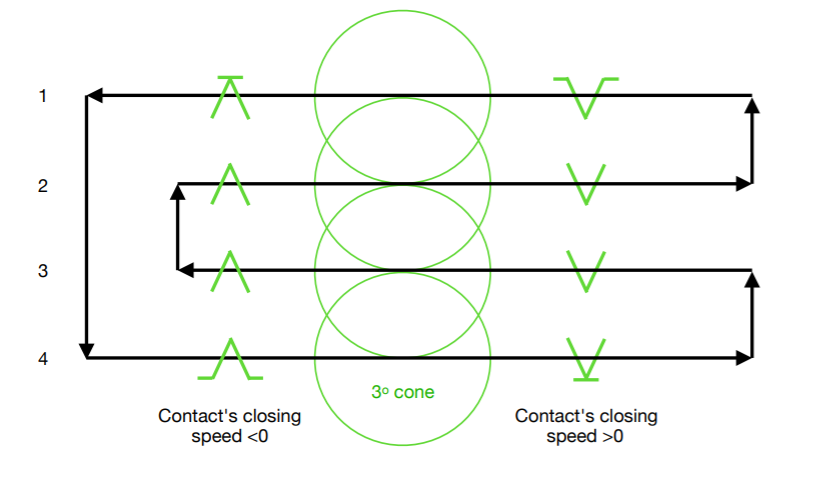