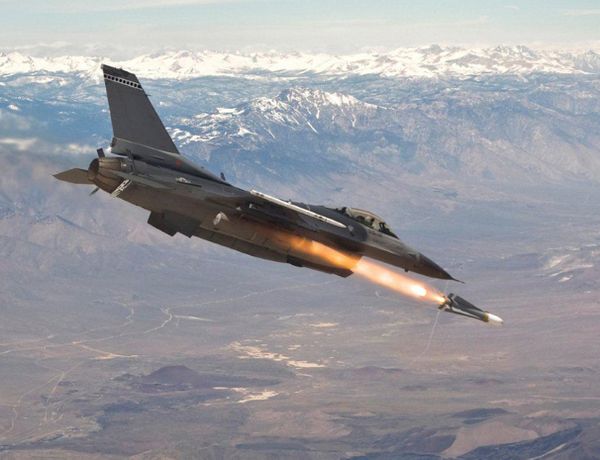 Maverick is not just the callsign of a crazy pilot flying a Tomcat! It is also one of the most effective weapons in the US arsenal with a reported hit rate of 80 to 90%. Like the LGB this weapon earned its reputation during the Gulf War where more than 5000 AGM-65s have been used mainly against armored targets.

Do not launch the AGM-65 missile under conditions which exceed the following limits:

Having a steady pointing cross is critical to a valid missile track and therefore a good target hit! 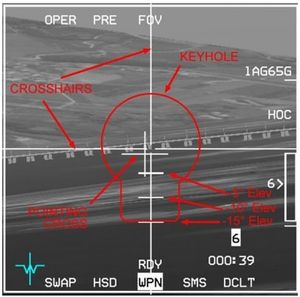 Another couple notes: Radar Cursor Enable is the HOTAS shortcut for switching mav modes. (Pre, Vis, Bore). Bore allows you to orient the seeker using the nose of the jet while keeping the FCR locked on something else.

Make sure you are in AG mastermode with FCR/TGP and the WPN page selected.

Handoff procedure to boresight the Mavericks

The Handoff procedure is used to boresight the TGP with the AGM65.
This enable the automatic lock-on correlator of the Maverick in PRE mode using the TGP.